The Growing Threat of HIV, TB and TB-HIV Co Infection in Pakistan

The estimated population of Pakistan is around 176 million people. The countryis placed at a strategic hinge and shares its borders with South Asia, Central Asia, China and Middle East. As a result of the global economic turmoil and internal governance issues, the economyis in tatters which has also affected the health sector including three key communicable diseases such as HIV/AIDS, TB and TB-HIV co infection.
While the country has low prevalence for HIV among the general population, the presence of HIV among high risk group persons has been documented since early 2005 and consecutive surveillance rounds have establish

Commentary on Tuberculosis and HIV/AIDS in Pakistan: Success in disease control and prevention deman...

Protecting the unprotected: mixed-method research on drug use, sex work and rights in Pakistan’s fig...

HIV and other sexually transmitted infections among men, transgenders and women selling sex in two c...

Variations in the population size, distribution and client volume among female sex workers in seven...

Correlates and prevalence of HIV and sexually transmitted infections among Hijras (male transgenders...

Condom use during commercial sex among clients of Hijra sex workers in Karachi, Pakistan (cross-sect...

Knowledge, attitude and practice of private practitioners regarding TB-DOTS in a rural district of S...

Delay in diagnosis of tuberculosis in Rawalpindi, Pakistan

Extrapulmonary Tuberculosis: A retrospective review of 194 cases at a tertiary care hospital in Kara... 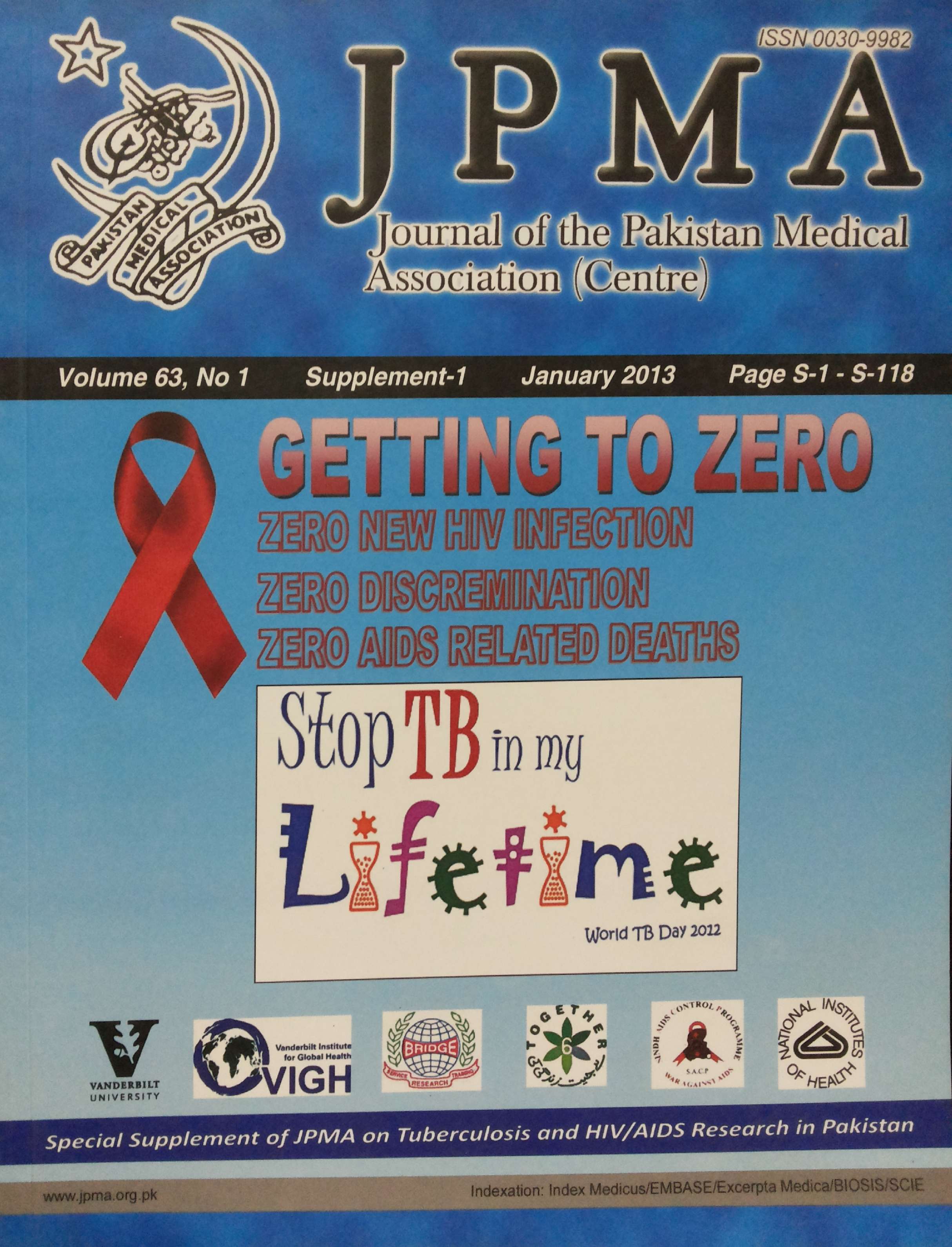