Prioritizing effective family planning programming through evidence use in Pakistan

Pakistan is the fifth most populous country in the world. Its population is growing the fastest among the ten most populous countries worldwide.1 This large population and its relatively low levels of human development pose many challenges to the country and its citizens such as poverty and vulnerability to climate change or terrorism.2 A recognition of these concerns has renewed the focus on Family Planning (FP) to not only limit population growth but also restore reproductive health rights to families. This recognition is also reflected in high level commitments such as the Recomm

Accessibility and uptake of modern contraceptive methods in Pakistan — a critical view on what works...

Contraceptive access, choices, and discontinuation among the urban users in Karachi, Pakistan: Findi...

Do boys complete the family: Sex selection by choosing when your family is complete?

Using crowdsourcing to estimate populations in communities: Providing a key measurement for coverage...

Uptake, satisfaction, and quality of family planning services in Pakistan: before and during Covid-1... 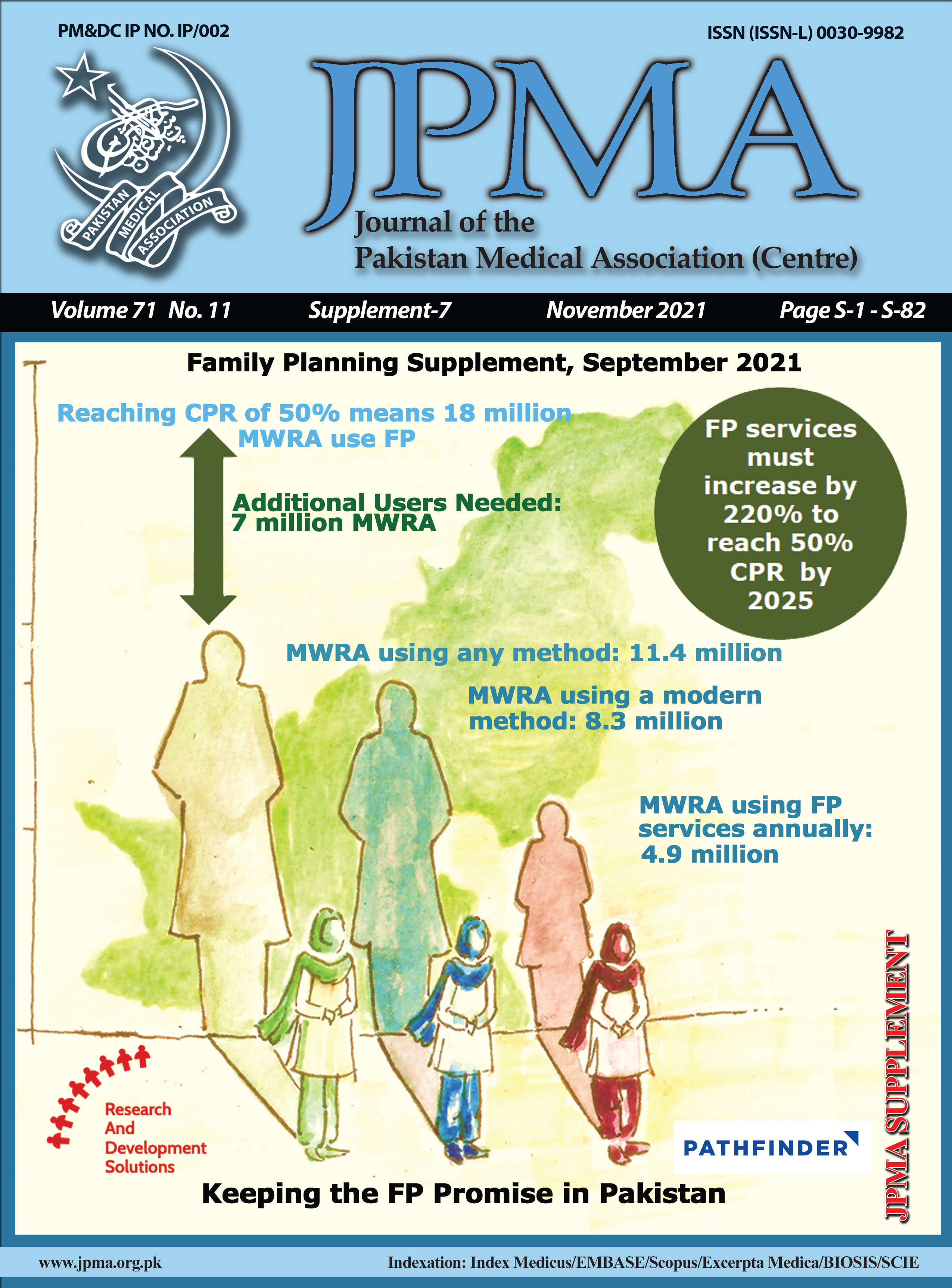