The small, rural town of Ratodero in Sindh province of Pakistan became the centre of media attention in April 2019 when a devastating human immunodeficiency virus (HIV) outbreak was confirmed primarily among children and some women, with most residing in Ratodero or adjoining villages and towns of the area. The outbreak was unprecedented for Pakistan, reminiscent of paediatric outbreaks from reuse of needles/syringes in Romania and elsewhere.1-3 Nearly all of the infected children had uninfected mothers indicating that perinatal infection was not implicated and that horizontal transmission was responsible

Index testing among HIV-positive patients is feasible and successful in identifying additional HIV i...

Prevalence of HIV among pregnant women in three HIV-affected districts in Sindh, Pakistan

Baseline assessment of therapeutic injection practices in Pakistan in 2020: A cross-sectional study

Regulation of quackery amid unprecedented HIV outbreak in Sindh, Pakistan 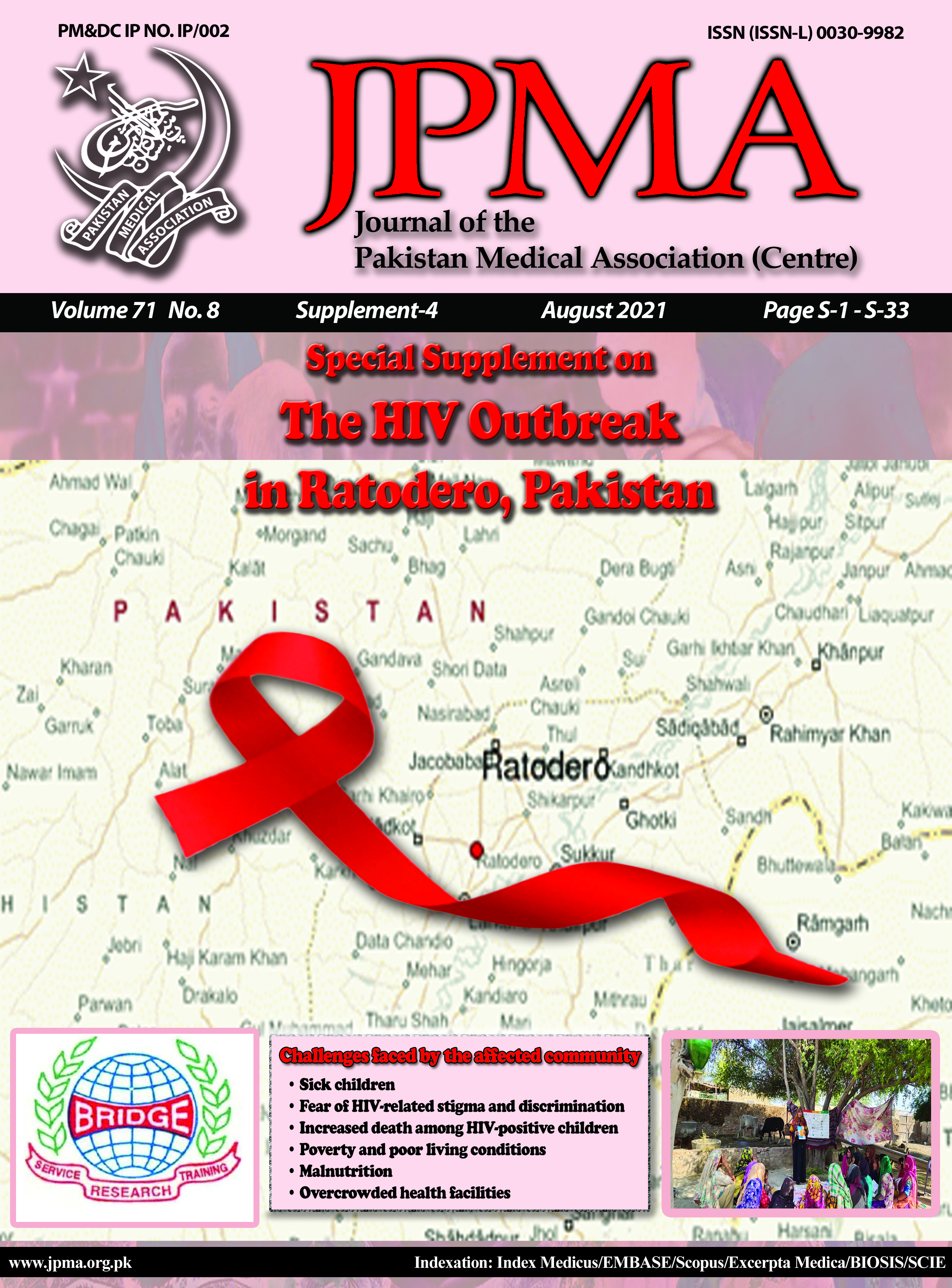