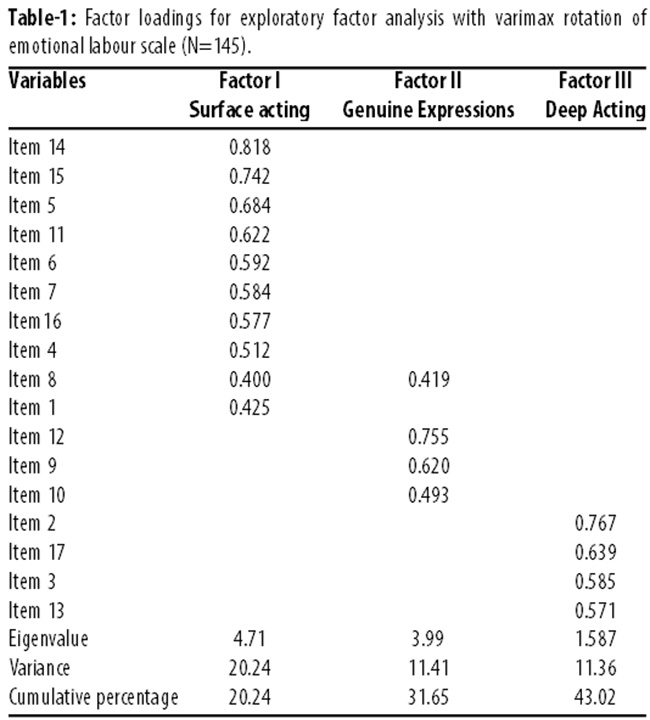 Initially, an analysis was run to obtain the number of component through the eigenvalues. There were three factors having eigenvalue greater than 1 as suggested by Kasier\\\'s criteria of 1 and these three factors explained 56.21% variance after the rotation.
Finally, only those items were retained that had loading of 0.4. This value of 0.4 was determined according to the Stevens\\\' criteria for critical values against which factor loadings in a specified sample can be compared.
The second study was aimed at providing further evidence about the validity of Urdu versions of emotional labour scale via confirmatory factor analysis. A sample of commercials bank employees was undertaken in the second study. Employees having at least 14 years of education with minimum of 6 months of job experience were included.
Confirmatory factor analysis (CFA) was used to confirm the initial factor structure of emotional labour scale using AMOS (Analysis of Moment Structures) 20.

Of the 180 employees in the first study, 145(80.56%) valid cases were considered for analysis.
Factors on the basis of varimax method of factor analysis were in line as guided by the theory. These factors were further tested for the reliability analysis and item total correlation (Table-1).
All items of the emotional labour scales showed significant positive correlation with their subscales which indicated that the sub-scales were internally consistent (Table-2). 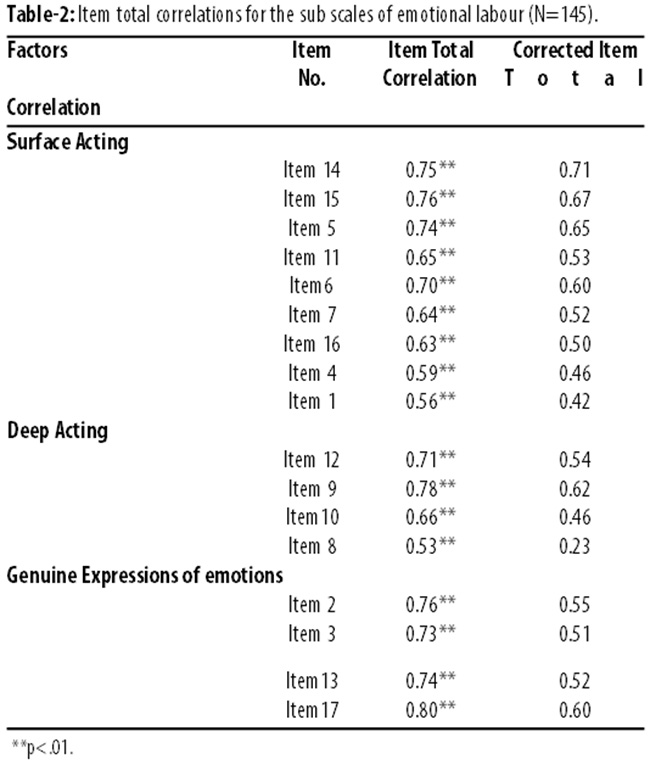 The reliability coefficients for subscales of emotional labour ranged from 0.75 to 0.85 which suggested that the scale was internally consistent. This was further supported by item total correlations of the sub-scale of emotional labour scale (Table-3).

In the second study, there were 495 participants. Factor loadings of confirmatory factor analysis for emotional labour scale and its three subscales ranged between 0.43 and 0.80. Based on the initial criteria only those items were retained having item loadings >0.40 (Table-4). 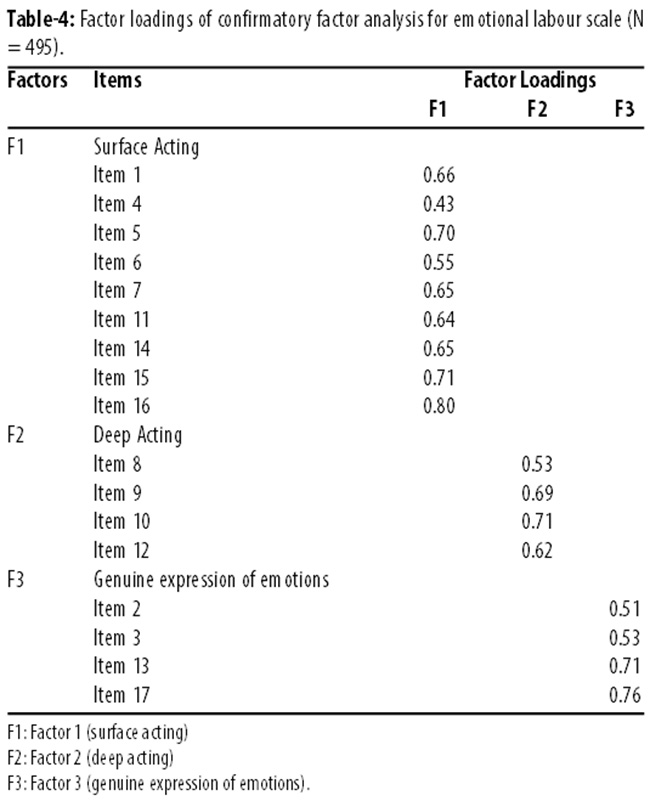 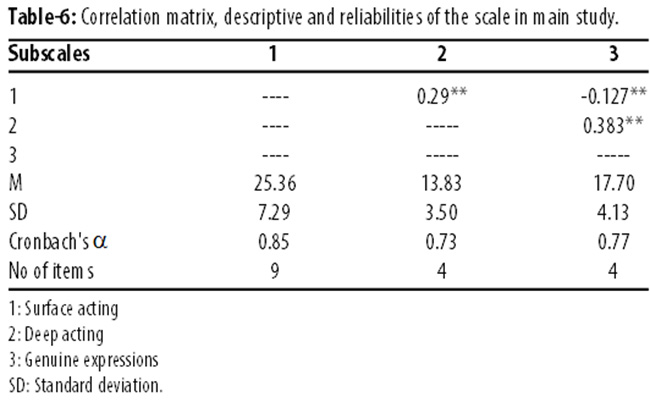 Table-6 depicts the some of the descriptives, reliabilites and correlations among sub-scales of emotional labor. It indicates that all of the three sub-scales achieved satisfactory alpha level which ranged from .73 to 85 which is indicating that scales in internally consistent. Results are also indicative of the fact that sub dimensions of emotional labour are distinct but related which is proven through the values of correlation.

The emotional labour scale was found to be a valid and reliable measure.
Disclaimer: None.
Conflict of Interest: None.
Source of Funding: None.