Objective: To investigate associations between different socio-demographic factors with iron deficiency anaemia in Pakistani children of 1-2 years of age.
Methodology: A case control study, with 50 cases and 100 controls, was conducted at the Community Health Centre, an outpatient clinic of the Aga Khan University, Karachi, Pakistan, between July 1993 - July 1995. Informed consent was taken from mothers for their children’s blood tests and a questionnaire was administered to them. The data was analyzed using chi-square, t-tests and logistic regression.
Results: The numbers of pregnancies, live births and living children were more among cases than controls but the differences were not statistically significant. Although father’s education did not show a significant association (OR 1.35, 95% Cl 0.22 - 8.33), maternal education was significantly associated with the children’s anaemic status (OR 3.55, 95% Cl 1.40 - 9.02). The difference in monthly incomes between families of cases and controls was the most significant variable among all those studied (p-value 0.006).
Conclusion: This study showed that while lack of maternal education and low monthly family incomes are both significantly associated with the development of childhood anaemia, low monthly income is most significant
(JPMA 51:130;2001).

Iron deficiency is the commonest form of nutritional anaemia in children. Estimated global prevalence of anaemia in young and school age children is 43% and 37% respectively1,2. Children between ages of 12 to 24 months are at the highest risk for iron deficiency anaemia.3-6 Sixty five percent of children (7-60 months) were found to be anaemic7 with a haemoglobin of less than 11 gm/dl. (according to the Pakistan National Nutrition Survey, 1988). Molla,8 and Thaver and Baig,2 found prevalence of 70% and 78%, respectively, in 6-60 months old children in urban squatter settlements in Karachi. No reports are available from Pakistan where different socio-biological variables contributing to this problem were studied. Therefore, it was thought important to look for predisposing factors, which lead to iron deficiency anaemia in 1-2 years of children. Socio-economic status and parental education have been considered important pre-disposing risk factors in the development of iron deficiency anaemia in children less than two years of age9,10 This study aims to find any association between these parameters with the outcome of anaemia. Hb level of less than 11 gm/dl7 and a serum ferritin level of 10 ng/ml or less11-13 was taken as iron deficiency anaemia in 1-2 years of age.

A case control study, with 50 cases and 100 controls, was conducted from July 1993 to July 1995 at the Community Health Centre, an outpatient clinic of The Aga Khan University, Karachi, Pakistan. Children of 1-2 years of age presenting for any reason (an illness, for a routine check-up or an immunization) and whose mothers were willing to have a blood test of their children were included in the study. Informed consent was taken from mothers for their children’s blood tests, and a questionnaire was administered to them, focusing on parental education and monthly income as the main areas of interest. Children who had anemia were taken as cases and those with haemoglobin of 11 gm/dl or more, as controls.
Several groups of children were excluded from the study such as pre-term babies, known haemoglobinopathies, congenital anomalies like cleft palate, congenital heart disease. Acute febrile illnesses, acute gastroenteritis, acute and chronic blood loss by accident, injury or rectal polyps were also excluded. Children who had a haemoglobin of less than 11gm/dI but a seruni ferritin of more than long/di were also excluded from the study.
The data was analyzed using Chi-square, t-tests and logistic regression. Chi-square test with odds ratio was used to see the association between iron deficiency anaemia and the sex of the child and parental education. T-test was used to see the difference in means in monthly income (in Rupees), number of pregnancies, number of live births and number of living children among cases and controls. Variables, which were found to be statistically significant, were selected for a logistic regression model. 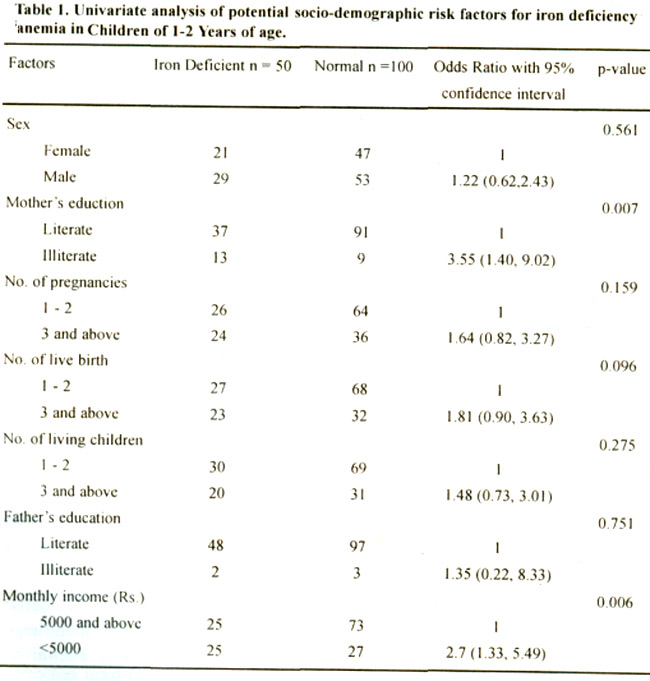 Table 1 shows the univariate analysis of potential socio-demographic risk factors for iron deficiency anaemia in which the difference in the monthly incomes of families between cases and controls were statistically significant (p -0.006). Regarding parental education, the fathers’ education did not show statistically significant association with childhood anaemia in the offspring (Odds Ratio of 1 .35 with a 95% confidence interval between 0.22 to 8.33). However, maternal education had a significant association with the development of iron deficiency anaemia in their children (Odds ratio of 3.55 with a 95% confidence interval between 1.40 to 9.02).
The mothers of cases had more pregnancies, live births and living children as compared to the mothers of the controls, with p-values of 0.159, 0.096 and 0.275, respectively. The number of live births was the most significant variable among these three. Therefore, along with the statistically significant variables of monthly income and maternal education, it was used as the third variable in the logistic regression model. 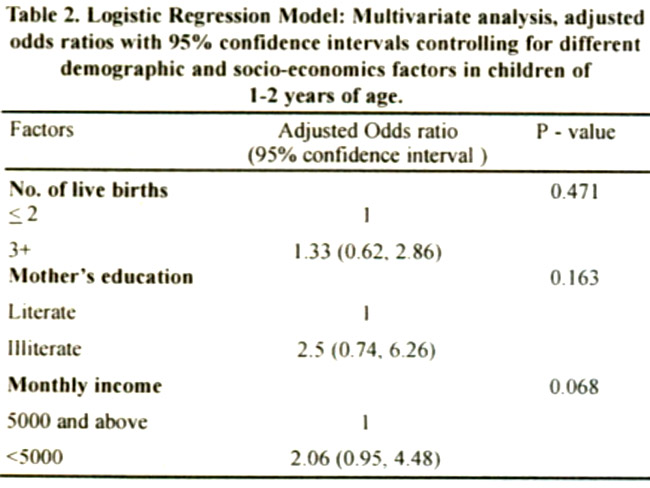 Table 2 shows the logistic regression model with the three statistically significant variables, among which the most significant was monthly income.

In determining the socio-economic status of the family, the only parameter used in this study was the monthly income of parents. This was a relatively crude assessment, as other parameters were not included, for example, total number of the members in the family, or any other earning family members besides parents. However, using only this parameter, the difference in the family monthly incomes between cases and controls was statistically significant (p-0.006). Oski in 1993 reported that socio-economic status is an important factor in the development of iron deficiency among children10. Sargent et al, 1996, also reported that low socio-economic status is associated with iron deficiency in children of 6 to 59 months of age11. The present study supports both these reports.
The numbers of pregnancies, live births and living children have some impact on the outcome variable. While the first two may be related to the absence of education, the last one has a further impact on the monthly income, by increased sharing of family resources.
Educated mothers are needed to rear healthy children for the nations. In our study also, absence of maternal education was found to be an important socio­demographic risk factor for the development of iron-deficiency anaemia in children of 1-2 years of age. However, the most significant risk factor was monthly family income and this was marginally more significant than the lack of maternal education. It will be a challenge for the economically developing nations to review and revise minimum wages.
In Pakistan the rate of female employment is very low and two earning family members could boost monthly incomes. In addition, if the women were educated they could find jobs with better wages, which would further improve the families’ financial status. Therefore, the need for increased female education in developing nations like Pakistan cannot be over-emphasized.