A 32 year-old woman, gravida 4, para 2 presented with complaints of delayed menstrual period. She had previously undergone laparoscopic tubal sterilization by bipolar electrocoagulation. She had no vaginal bleeding and abdominal or pelvic pain. On presentation at our institution, physical examination identified a normal pelvic examination. Vital signs were stable. Pelvic sonography showed 10 mm endometrial thickness, normal ovaries and no adnexial mass and fluid in the cul-de-sac. The only positive finding was high ß-hCG level (700 lU/mi). She underwent dilatation and evacuation for a presumed incomplete abortion, without complications. Histological examination revealed chronic endometritis with no villi. The patient was followed with serial quantitative ß-hCG determination. The patient was admitted for diagnostic laparoscopy because of persistent high 13-hCG levels. The laparoscopy identified bilateral tubal damage possibly due to bipolar electrocoagulation (Figure 1). 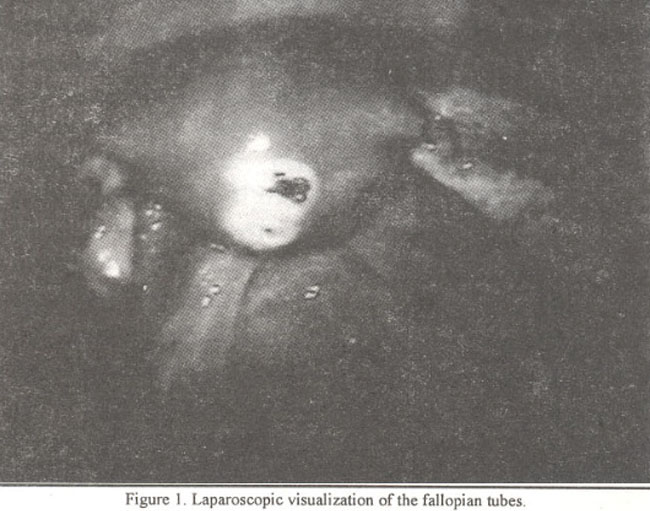 The other parts of tubes were normal looking and there was no evidence of ectopic pregnancy. A prophylactic bilateral salpingectomy was performed. The post-operative course was uneventful and the patient was discharged on the first post-operative day. Histology revealed that the right salpingectomy specimen consisted of a displaced lumen and a tubular pregnancy which contained several necrotic chorionic villi (Figure 2). 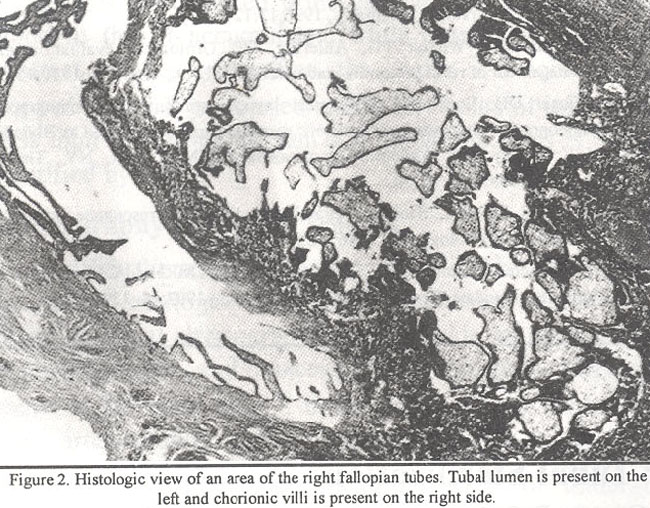 Histiocytosis X of the Vulva