Tumours of’ the spleen are infrequent entities with metastasis outnumbering the primary neoplasms. In the latter category, various benign and malignant vascular tumours constitute the majority, benign being the commoner. Hamartoma is a well-described tumour like benign lesion, which mostly remains clinically asyrnptomatic and is incidentally discovered during abdominal imaging. Infrequent presentation with haematological disturbance or splenic rupture have also been reported. Its morphological identification and differentiation from other splenic vascular neoplasms is greatly facilitated by immunocytochemistry.
Splenic Hamartoma is a rare lesion, which is usually an incidental autopsy/radioimaging finding. First described by Rokitanski in 1861, this entity remains the least important of splenic angiomatous lesions.1 Majority remain clinically asymptornatic. However, several cases presenting wim hematological disturbances2 or even spontaneous rupture have been reported.1,3 Till todate nearly 150 cases have been described out of which only 20 were encountered in paediatric population.2 We report a case of splenic hamartoma in a 5 year-old child, where preoperative diagnosis was wrongly directed towards supra renal neoplasm resulting in laparotomy and splenectomy. 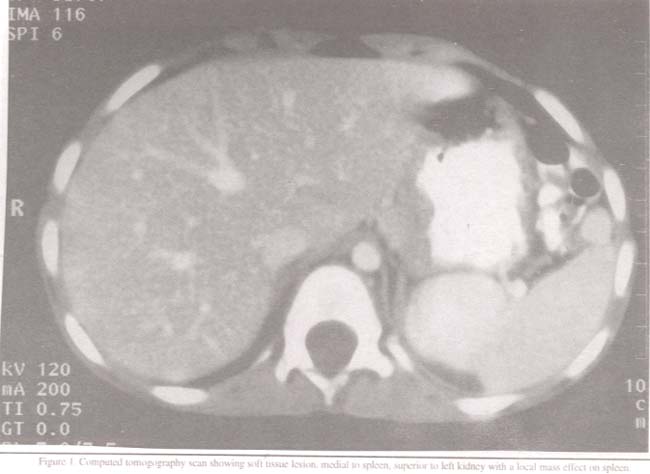 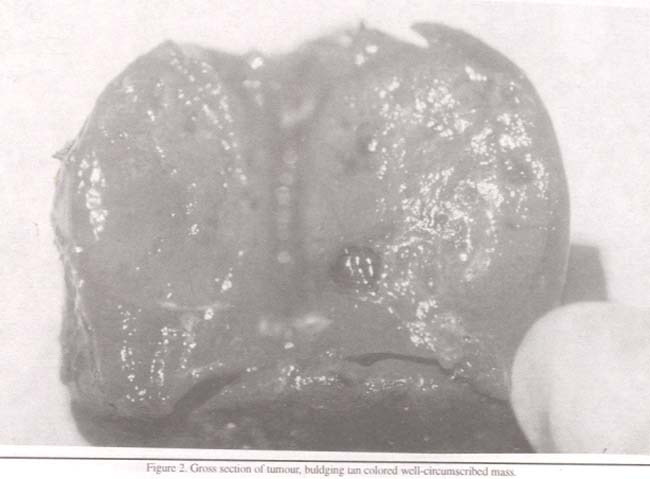 A similar looking 1.2 cm. sized nodule was hrs), vanillyl mandelic acid, 3/umol/24 hrs (NormaJ UPtO present 3.0 cm. away from the above-mentioned mass. On 35/umoll24 hrs), LDH, 51OUIL. Patient was admitted for histological examination of both these nodules a non­suprarenal exploration. On laparotomy a mass was detected in encapsulated lesion of red pulp was defined surrounded by normal compressed splenic parenchyma (Figure 3). 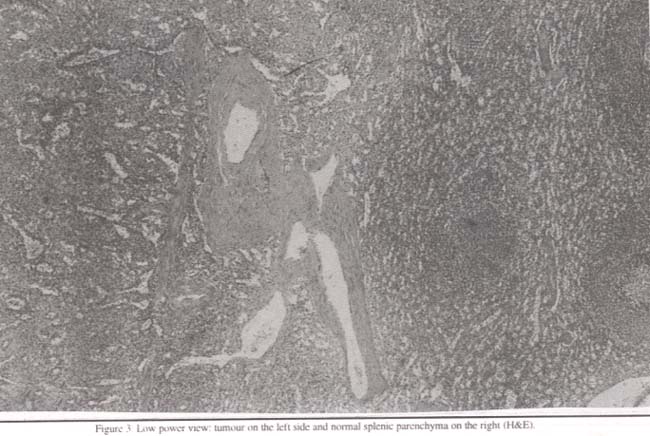 The red positive in the lining cells but negative in the bulk of the lesion, pulp cords were expanded & disorganized and splenic which comprised of red pulp cords (Figure 5). 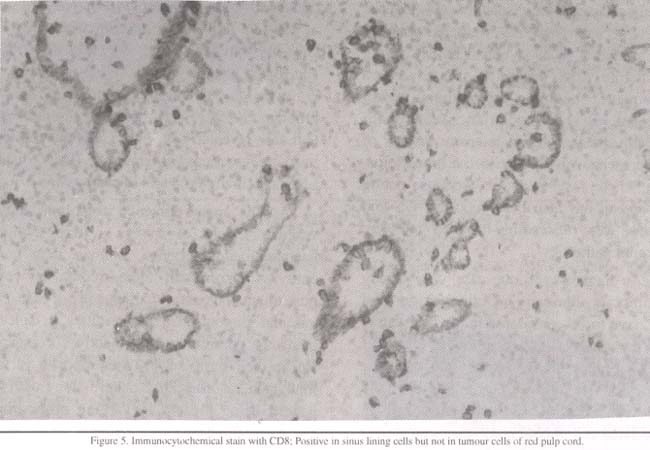 Scattered sinusoids were lined by flat to plump endothelial like cells lymphocytes in the main lesion were positive however with (Figure 4). 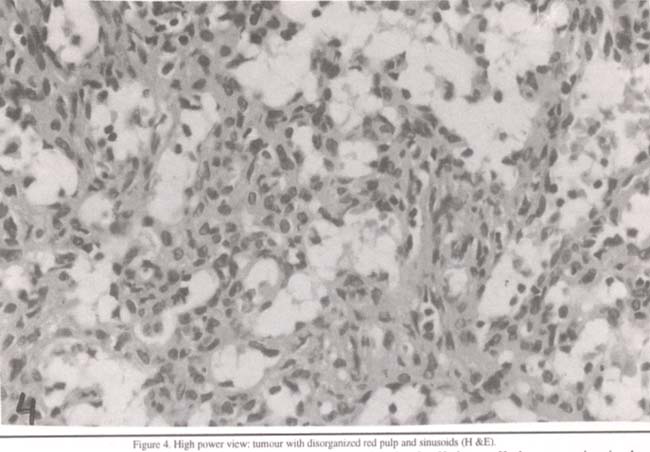 There was no representation of white pulp tissue CD8. CD68 and CD21 were negative in the vascular lining within the lesion. However, the periphery of the lesion revealed cells (Figure 6). 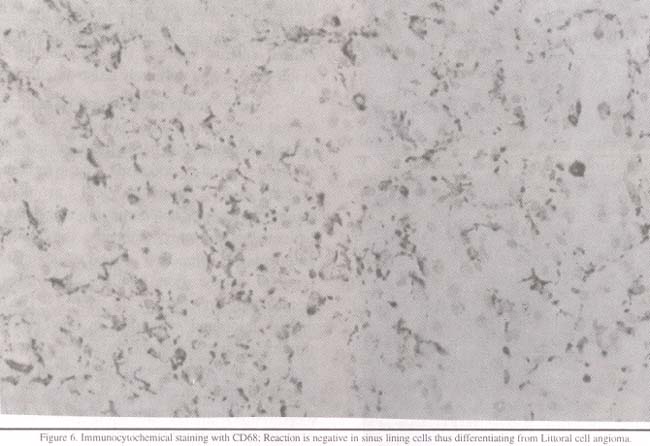