Pakistan\'s MNCH (Maternal, Neonatal & Child Health) indicators are showing a slow progress in achieving Millennium Development Goals (MDG) targets. Relevant research is necessary for evidence-based interventions. This paper attempts to identify trends of published work and research in MNCH according to levels of health service delivery and their areas of focus in terms of policy and/or programmatic approach. A total of 342 published papers and documents relevant to MNCH from 1995-2008 were reviewed and categorized according to the level and type of research. Most of the published work specifically focusing on MNCH has been conducted in the tertiary level care facilities (48%) with maximum focus on clinical/diagnostic interventions (52.3%). A surge in publication of MNCH related articles has been observed from the year 2000 onwards. This paper illustrates that most of the research conducted is at tertiary level care facilities with focus on clinical/diagnostic interventions while lesser research was done with focus on policy and strategic planning. Where a number of commendable materials are available on \'policy and strategic planning\' but these are not always based on evidence and scientific rigor and on widely disseminated lessons learnt. Thus there is a dire need to carry-out and promote more researches in the area of policy and strategic planning in MNCH.

Pakistan has an estimated population of 172.8 million,1 of which 41% are children of less than 15 years of age while 55% of the population lies between the age group 15-64 years. About half of the total female population falls in the age bracket of 15-49 years (the child bearing age); thus contributing to overall population growth. Moreover, more than half of the women get married by 20 years of age and over one third marry by age 18, whereas 12-13% are married off before reaching their 15th birthday.2
Pakistan lags behind most developing nations in its Maternal Neonatal and Child Health (MNCH) indicators.3 The maternal mortality ratio (MMR) of Pakistan ranges from 350 to 400/100,000 live births,4 under five mortality is 94 deaths/1000 live births and infant mortality rate (IMR) is 78 deaths / 1000 live births; more than half of infant deaths occur in the neonatal period. While IMR has declined steadily over the last two decades, there has been no parallel decline in neonatal mortality rate.2
Pakistan has very recently focused its attention on this situation. The National MNCH Programme aims to reduce the maternal mortality ratio to 200 / 100,000 live births (from a range of 297-500) and neonatal mortality rate to less than 40 / 1000 live births (from 54) a year by 2011 in line with MDG targets as suggested by Government of Pakistan.5 The Programme is based on sound international practices, but there is a limited and scattered focus on indigenous research that lacks critical analysis of the current initiatives conducted. Therefore, an absence of evidence based intervention linked with local context and dynamics has been observed in the strategy. There is no resource center or clearinghouse to find out or inform research conducted and the work done on MNCH. This paper is an attempt to analyze the current published work and research situation by identifying the trends according to various levels of health care service delivery and to determine their areas of focus in terms of policy or programmatic approaches.

This was secondary data analysis by collecting and collating all the published research and other related papers/articles from various journals (local and international) and published books, related to MNCH in Pakistan. The articles included original research, review articles, cases reports/series. The articles were searched online using PubMed,6 PakMedinet,7 GoogleScholar8 and some published books containing relevant references.
A total of 406 papers were reviewed from which 342 were selected to be included in this analysis. The abstracts of all the articles were read and categorized as \'primary\' i.e. at community or first level care facilities; \'secondary\' at the tehsil or district level hospitals and \'tertiary\' mainly focusing on teaching hospitals and time period. Articles were also categorized under \'research areas\' based on their focus of research as: policy and strategy planning, programme institutional arrangement and system, service delivery and community linkages and clinical/diagnostic interventions. The papers/articles (64) that could not be ascertained in any of the categories were not included. Some of the papers could not be categorized only under one area resulting in overlapping of few papers under more than one thematic area.
Some of the limitations in collecting the data included authors\' unwillingness to share their work, restricted dissemination of various documents and doubtful scientific credibility of many draft reports/documents.
The proportion of research on various areas included 189 (55%) papers on maternal health, 102 (30%) on child health, while 51 (15%) included both maternal and child health. Two third of all the articles reviewed were published in the year 2000 and onwards (till 2008); only 23 articles were of before 1995. One third of the papers included were either the review articles or combination of both research and editorials. Almost half (48%) of the research/publications specifically focusing on MNCH had been conducted in the tertiary level care facilities (n=164). Only 12% of the research had been conducted at primary level care settings. 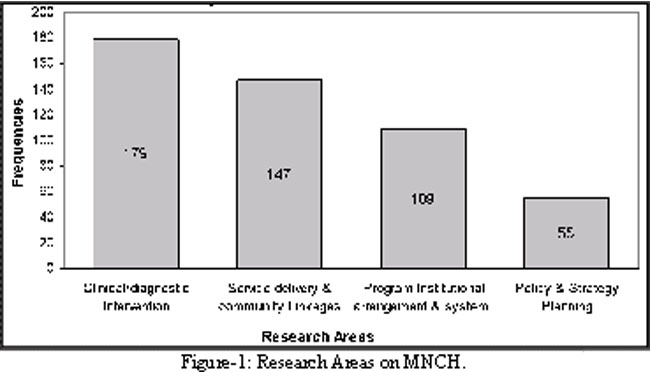 Figure-1 illustrates the distribution of the focus of the researches according to their thematic areas.
A rapid rise of published articles in various thematic areas was observed after 2001; however the pace of rise varied among those areas (Figure-2). 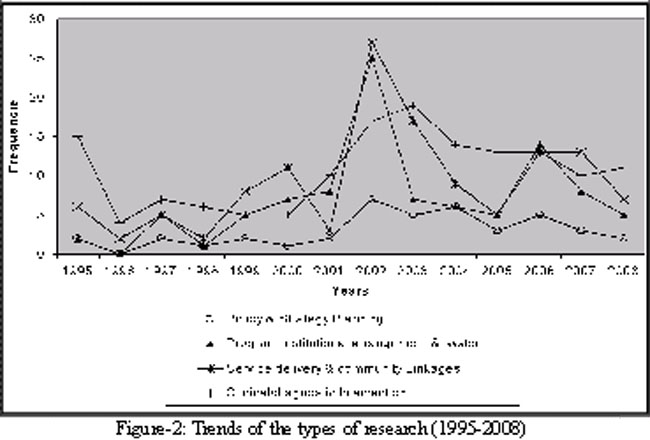 Figure-2 shows that the trend for conducting clinical interventions occurred more frequently and remained consistent through the years while the trend for programmatic and service delivery systems showed slight fluctuations mainly after 2001.

This review illustrates that most of the research conducted in Pakistan is at the tertiary level care facilities with main focus on clinical/diagnostic interventions. Where some of these researches have actually improved the approach for treating diseases such as ARI and diarrhoea but most of these researches were probably conducted with a narrow focus as opposed to addressing the programmatic issues.
There is a dire need to carry-out and promote more researches in the area of policy and strategic planning including that for MNCH. We recommended that initiatives be undertaken by the policy planners to develop a strategy to create and facilitate the exchange of meaningful information generated from health research by involving the key stakeholders. Similarly, developing institutional capabilities and building inter-personal and inter-organizational relationships between public and private sectors can be used for influencing policy formulation and maximizing utilization of results.

This work has been inspired by the recently launched Research and Advocacy Fund (RAF) supported by DFID, British High Commission for the MNCH initiatives in Pakistan.