Madam, home deliveries are fraught with higher risks of maternal and neonatal complications, but in many developing countries childbearing women choose to deliver at home.1-3 Utilization of public or private maternal healthcare services is predicated on availability of, access to, and cost concerns. Public sector healthcare facilities are designed to essentially provide free services.1-3 In this study, percent of delivery sites utilization, disaggregated by urban and rural residency status in each district of the Punjab province were mapped using Geographic information Systems. The spatial distribution of delivery site percentages, disaggregated by three places of either home delivery, delivery at government facilities (hospital, Rural Health Center, and Basic Health Units), and delivery at private hospitals or clinics was done to highlight the urban and rural distribution, including the differences between urban and rural percentages.

The 'Pakistan Living Standards Measurement' surveys (PSLM) are conducted by the Pakistan Bureau of Statistics (PBS).4 The latest district-level survey report is available for the PSLM 2014-15 in tabular form, and was downloaded from the PBS website as a PDF file.5 District level data was entered into Excel programme and joined with the Punjab districts shapefile using GIS programme ArcGIS 10.7. Three sets of three choropleth maps were created using ArcGIS 10.7, showing percentage of pregnant women that delivered either at home, or government hospitals including Rural Health Centers (RHC), and Basic Health Units (BHU), or at private hospitals or clinics, and the differences between urban and rural residency status by district. Five classes were used to depict various percentage levels of delivery places, using natural breaks (Jenks) method for the urban residency status maps. For rural residency status, five classes were also used, but with manually defined intervals to match the urban map for ease of district-level comparisons. Similarly, for the differences between districts by urban residency percentages compared to rural residency percentages, five classes with natural breaks method were used.

Figure-1 shows the map of Punjab province with all 36 districts and their names. 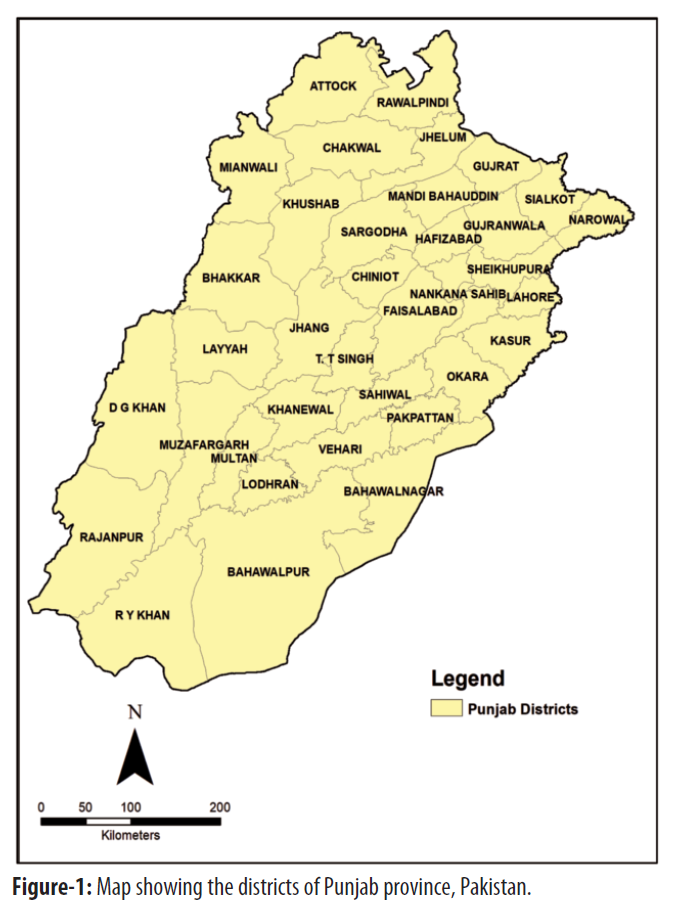 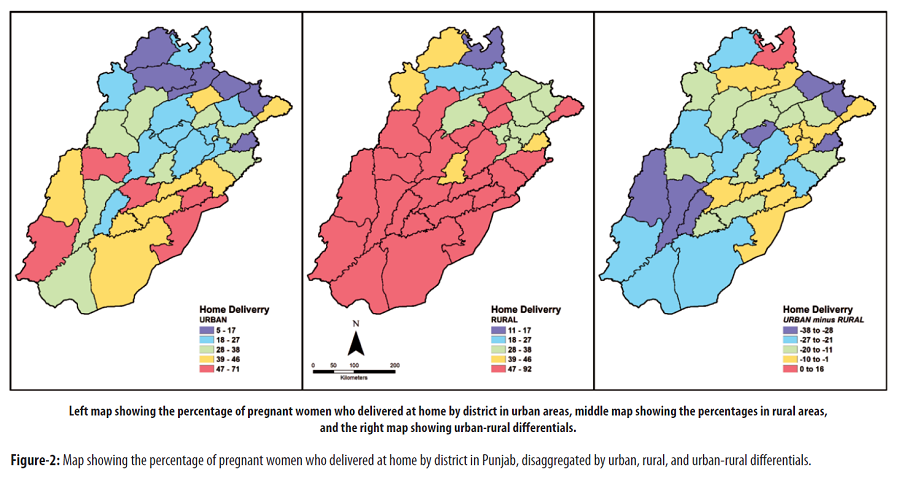 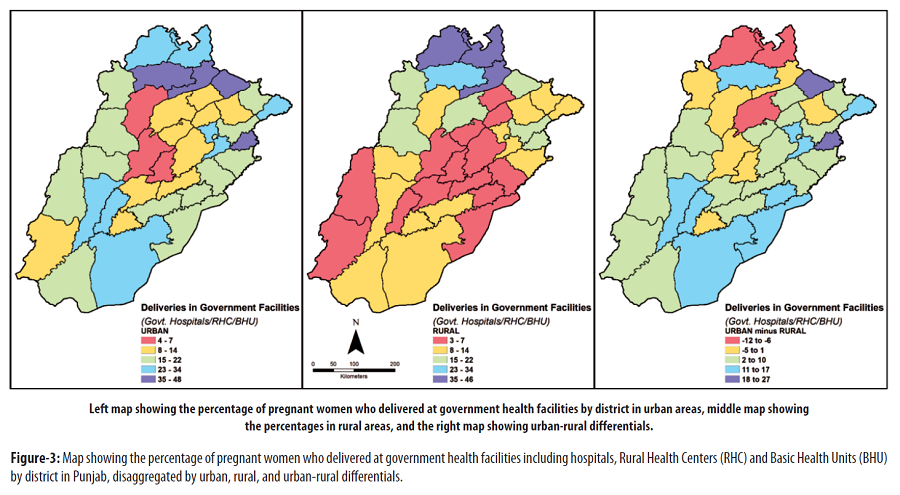 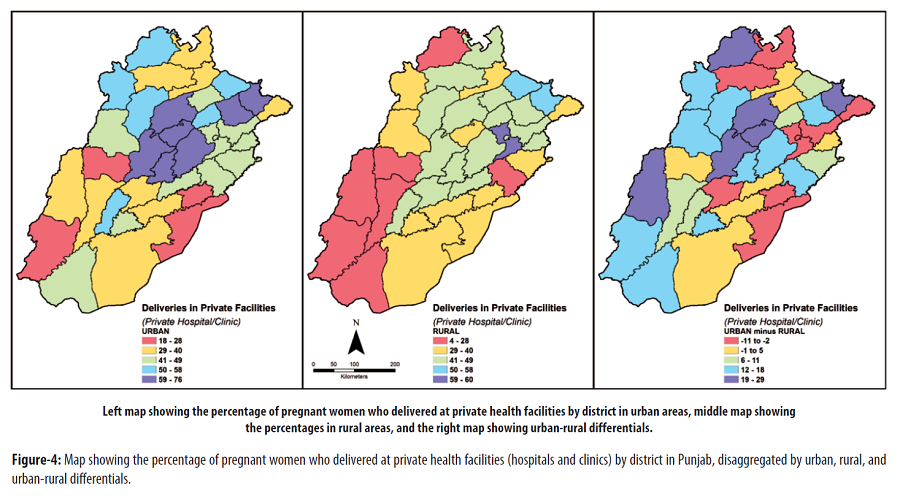 In general, women in rural parts of southern districts reported much higher percentages of delivery at home and government facilities, compared to their urban counterparts in the northern part of the province where more women delivered at private facilities. This is the first study on mapping of urban-rural residency disaggregated district level representative data on place of delivery in the Punjab province. The north-south gap is an interesting pattern that was clearly depicted in this study. The findings from the PSLM district level data for the 2014-15 survey will help determine the trends with the future iterations of PSLM surveys.